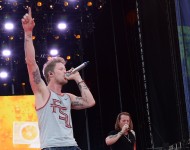 This week, Billboard's Top Country Streaming Songs, the most popular streamed radio songs and on-demand songs and videos on leading online music services, are just about all "about the party!" The question is, how do the music videos rank? With nearly 50 million views so far, Florida Georgia Line's "Cruise" takes the number one spot on YouTube views.READ MORE 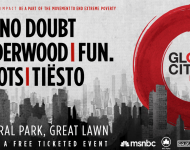 The third annual Global Citizen Festival lineup has been announced for 2014. Topping the bill is New York's own Jay Z alongside No Doubt, Tiësto, fun., The Roots, and Carrie Underwood. The one-day festival will take place September 27 on The Great Lawn in New York's Central Park.READ MORE

What's better than the beach? Panama City Beach during Labor Day weekend with some of the biggest names in country music and to get that, you have to go to the Pepsi Gulf Coast Jam.READ MORE 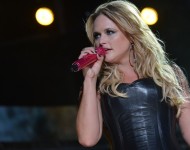 Miranda Lambert may not be what she calls a "good role model," but the 30-year-old singer paired together with Carrie Underwood on her latest music video takes something bad and turns it into something very, very good.READ MORE 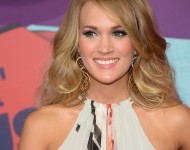 Carrie Underwood is a stunning and talented beauty who also happens to be the face of Almay. As she's gotten older, she's gotten even more beautiful. Rather than just enjoy everything God gifted her with and make a subtle nod to make-up tricks learned along the way, a magazine is accusing her of having plastic surgery.READ MORE

With the announcement of even more performers, Country music's biggest night just got bigger!READ MORE

It was another huge week in terms of download sales and, as predicted by Music Times during last week's chart summary, Iggy Azalea quit playing second fiddle to Ariana Grande.READ MORE 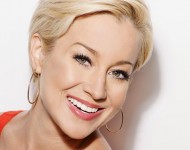 The Most Beautiful Women in Country Music (According to Maxim)

Every year, Maxim, which is said to be the largest young men's lifestyle brand in America, reaching nearly 9 million readers each month, puts out the calls to its readers to name the hottest women on the planet. The votes come in and the Hot 100 sets the stage for the year. This year, three country singers made the list.READ MORE

Carrie Underwood to Dumdums - "Stay off Twitter Until After You Watch"

When Carrie Underwood congratulated Caleb Johnson for winning American Idol on her twitter, she probably never thought she would get attacked by fans on the west coast who hadn't seen the show yet.READ MORE 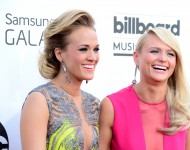 Two of country music's biggest female superstars, Miranda Lambert and Carrie Underwood, are releasing a new duet "Something Bad" and on Sunday night (May 18), the ladies debuted the track at the 2014 Billboard Music Awards.READ MORE

While there is a lot of big summer tour news, nothing is bigger in summer news in country than the CMT 2014 Music Awards. With the list of performers just announced, big news just got bigger!READ MORE 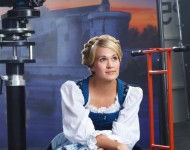 'The Music Man' will be the third in NBC's series of live musical broadcasts, following 'Peter Pan' and the Carrie Underwood 'The Sound of Music,' NBC entertainment chairman Bob Greenblatt announced today.READ MORE

And the Most Influential Country Artist of 2014 Is ...

Every year, Time Magazine names the 100 Most Influential People in the World. This year, the esteemed mag named one country music artist to the list.READ MORE 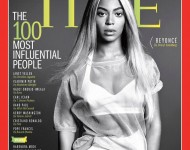 TIME Magazine has revealed its yearly list of the 100 Most Influential People in the World. Among them were titans of the music industry: Beyonce, who appears on the cover, Miley Cyrus, Pharrell Williams and Carrie Underwood.READ MORE

ACM Presents: An All-Star Salute To The Troops

The Academy of Country Music and dick clark productions have announced the final line-up for the ACM Presents: An All-Star Salute To The Troops. The special event that honors our military personnel will be taped on Monday, April 7 at the MGM Grand Garden Arena in Las Vegas. It will be broadcast on Tuesday, May 20 (9:00-11:00 PM, ET/PT) on the CBS Television Network.READ MORE