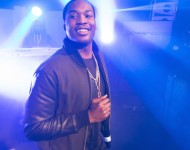 Today is OVO Sound Radio's first episode of 2016 but Meek Mill can care less. While enjoying time out with girlfriend, Nicki Minaj, the MMG rapper's 4/4 EP dropped. The four track EP, as expected, takes shots at Drake and doesn't leave much to the imagination when it comes to Meek's annoyance with Drake.READ MORE 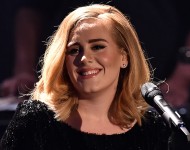 Adele pretty much broke the Internet the other day when her clip of James Corden's carpool karaoke went viral. In the clip, Adele spits her version of Nicki Minaj's “Monster” verse and its been reported that the video has helped put the song back on the charts.READ MORE 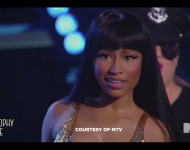 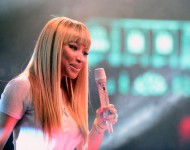 Nicki Minaj details the tutelage she received from her self described "mentors" Lil Wayne and Drake.READ MORE 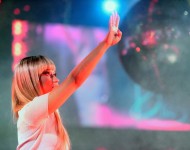 Nicki Minaj doesn't like the way that Teen Mom star Farrah Abraham talks to her mother, and while binge-wating the MTV hit like the rest of us, Minaj took to Twitter to diss her. The string of barbed tweets started this past Sunday (Jan. 10) after the Pinkprint rapper viewed the season premiere of Teen Mom OG. She wrote on Twitter that Abraham is a "c*nt" to her mother and blasted her disrespectful behavior towards her 6-year-old daughter Sophia's grandmother.READ MORE 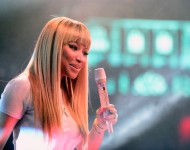 Safaree Samuels is in the press more often than not in combination with his ultra-famous ex, Nicki Minaj, and her new boyfriend, Meek Mill, instead of for his music. But with his new track, "Can't Lie," which premiered on Billboard today, he may begin making waves for something other than his 12-year relationship with Minaj and how it went down in flames in 2014. In a new interview, he talks his new music, Minaj, and the engagement rumors between her and Meek Mill.READ MORE 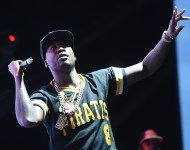 Meek Mill hasn't put his beef with the Grammy-nominated rapper, Drake, to rest, as just recently, Mill showed his remix of Drake's "Back To Back" track, which could appear on Mill's 'Dreamchasers 4' album and ignite a fire between the two...again!READ MORE 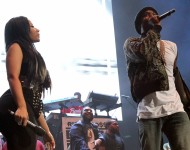 Meek Mill will have to forgo a New Year's Eve performance with girlfriend Nicki Minaj following a court appearance. He was slated to perform with Minaj at Drai's Nightclub The Cromwell in Las Vegas but instead will be at home doing community service. Mill was found guilty in court of probation violation from an old drug and gun conviction dating back to 2009.READ MORE 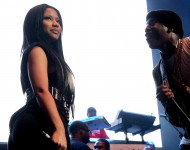 Although The Pinkprint rapper shot down rumors of being engaged to her embattled boyfriend Meek Mill, Nicki Minaj hints at possibly planning a wedding for the near future.READ MORE 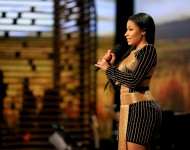 Safaree Samuels discusses his current relationship with ex-girlfriend Nicki Minaj and his thoughts regarding her current boyfriend, Meek Mill.READ MORE 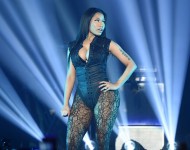 Nicki Minaj Personally Cast Her Sitcom, Saying She was "Too Involved."

Whoopi Goldberg will co-star in Nicki Minaj's upcoming sit-com "Nicki". Other stars include Selita Ebanks and Wesley Jonathan. The show was cast, and will be Executive Produced by Minaj.READ MORE 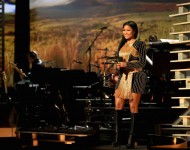 Not much really phases Nicki Minaj. She has received criticism for dating Meek Mill. She has gotten backlash for paying her brother's bail recently. And she even has received complaints for reciting a Maya Angelou poem. But none of that has bothered her. So when the Human Rights Foundation criticized her for the Angola concert, she ignored them and performed anyway.READ MORE 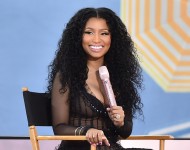 Nicki Minaj has a hand in just about everything and she’s adding television to the list. The cast of the “Anaconda” rapper’s ABC Family series has been revealed. Actress and The View host Whoopi Goldberg is set to guest star.READ MORE 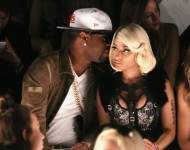 Although the two have been broken up for well over a year, Nicki Minaj's ex Safaree "Stuntman" Samuels isn't done talking about his former flame. In a new interview, Samuels claims he did a good bit of ghostwriting for his superstar ex-girlfriend and revealed he received "no writing credit" for the many songs he contributed to.READ MORE 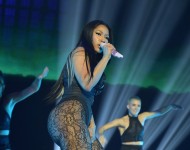 Nicki Minaj has found herself in hot water again, and this time it has nothing to do with a boyfriend or reading a Maya Angelou poem. The "Anaconda" rapper is being called out by human rights activists for an upcoming concert in the African nation of Angola, where she will be performing for dictator Jose Eduardo dos Santos and his family.READ MORE