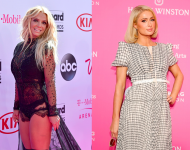 Paris Hilton and Carter Reum have finally marry, and it was a star-studded three-day affair.READ MORE 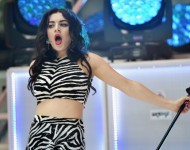 It's impossible to tell if Charli XCX was serious when she claimed that her new album, 'The Boom Clap,' was inspired by Paris Hilton.READ MORE 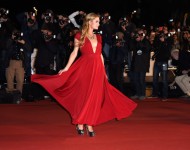 Music lovers planning on attending Summerfest in Milwaukee were so unhappy to see Paris Hilton on the bill that they launched a petition to get the amateur DJ taken off the roster. More than 4,000 people have supported the effort, calling Hilton's involvement "a middle finger to anyone who paid to go to this festival." Some of the more established acts for the event include Kings of Leon, Zac Brown Band and Kendrick Lamar, among many others.READ MORE 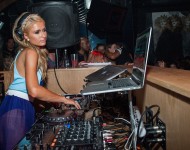 The votes are in and, according to some, or to many, Paris Hilton is the Best New Female DJ in the world. She has been given this title by the NRJ DJ Awards, an award show done by French radio station NRJ, according to Dancing Astronaut. The award show started in 2012 and takes place each fall in Monaco. The station also just celebrated the 15th year of its original music awards show, The NRJ Music Awards, in conjunction with TF1, one of the major French-government-owned TV networks. Voted by fans, Hilton has found herself on top of the game in France. The award show also gave out plaudits to Steve Aoki for Producer of the Year, David Guetta for Best French DJ of the Year, Avicii for Album of the Year for "True" and Best Male International DJ, Martin Garrix for Best Live Performance and Club Hit of the Year with "Animals" and DJ Oriska for Best Female DJ of the Year. With Hilton's popularity and polarizing nature in dance music, she might soon be topping that poll, though deadmau5 has an opinion on that.READ MORE 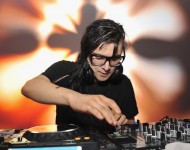 After grabbing deadmau5 recently, TMZ decided to do the same with superstar DJ / producer Skrillex at LAX as he boarded a flight and asked him about Paris Hilton. They cut right to the chase and asked him what his price would be to DJ with Paris Hilton.READ MORE 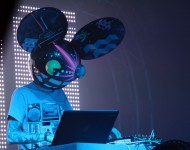 Deadmau5 Says He Would Perform with Paris Hilton for $2 Million

Continuing his one-sided beef with Paris Hilton over her disc jockey career, Canadian producer/DJ deadmau5 has decided to extend a tentative olive branch to the hotel heiress by saying he would perform alongside her for a cool $2 million. TMZ approached deadmau5 outside Mel’s with a kid he had been working with for The Make-A-Wish Foundation, who he had brought on stage the previous night to help with his show, and asked the producer a question about performing with Paris. He answered with a hint of sarcasm that he would play with her for $2 million.READ MORE 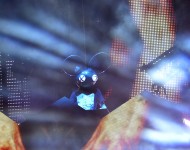 Deadmau5 isn't too stoked about Paris Hilton's new gig as a DJ.READ MORE 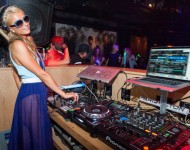 When Paris Hilton announced an international DJ tour earlier this month, you had every right to be skeptical. But new video has emerged from one of her stops, and the results appear to be… okay.READ MORE 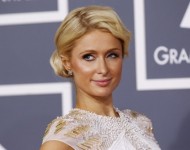 Paris Hilton is hard at work on her "house music" album for Birdman and Lil Wayne's Cash Money Records (and by typing this, I think I've alerted the Four Horsemen. I'm very, very sorry.). Below we have the first preview of the song... READ MORE 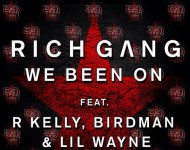