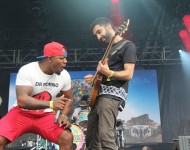 Gorgon City and Rudimental are two of the most exciting newer UK electronic acts that bring live elements into their performances that have spanned the theaters, clubs and festivals worldwide. Now the two groups have announced a joint co-headlining live tour across the United States.READ MORE 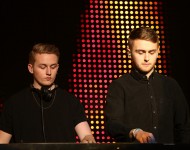 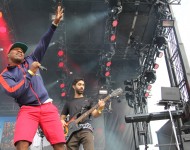 Big Sean, Vic Mensa Remix Rudimental, Ed Sheeran's 'Lay It All On Me'

The hit gets a new instrumental and verses from Vic Mensa and Big Sean.READ MORE 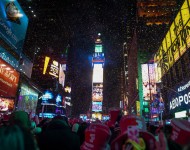 Big Week NYC, the annual end-of-year electronic dance party series, has announced this year's lineup of DJs, producers and rappers who will perform at six different events throughout the last week of December, and it's a perfect nightcap to 2015. The concerts hosted at Pier 94 on Manhattan's West Side and downtown at Pier 36 will bring together many of dance music and hip hop's biggest, most bass-fueled names including Fetty Wap, Yellow Claw, Knife Party, Griz, Adventure Club, Dillon Francis, Oliver Heldens, Etc! Etc!, 12th Planet, Paper Diamond and many more in the days leading up to New Year's Eve performances by Future and Rudimental at Pier 36 and The Chainsmokers, Nicky Romero, Travis Scott and Ansolo at Pier 94.READ MORE 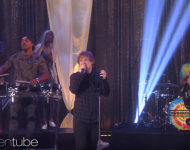 Ed Sheeran, Rudimental Perform 'Lay It All On Me' For Ellen

The two acts deliver a rousing performance of the We The Generation single.READ MORE

Rudimental, Ed Sheeran Release 'Lay It All On Me' Music Video

Rudimental and Ed Sheeran have unveiled the music video for their We The Generation collaboration "Lay It All On Me."READ MORE 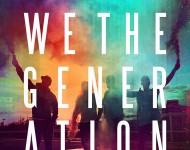 UK electronic group Rudimental has released their sophomore album We The Generation. The follow-up to their very successful 2012 debut Home features a cast of friends on the "Not Giving In" group's label Major Toms like Will Heard and Anne-Marie, as well as stars and legends like Ed Sheeran and Bobby Womack.READ MORE 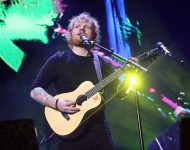 Ed Sheeran, Rudimental Drop 'Lay It All On Me', His Last New Song "For A While" [LISTEN]

Ed Sheeran broke the hearts of die-hard Sheerio's around the world when he announced that he wouldn't be releasing new music for a while but he made sure to divulge that information as he prepared for one last hit, his collaboration with Rudimental titled "Lay It All On Me."READ MORE 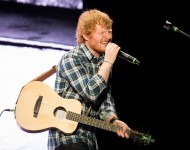 Ed Sheeran is a people pleaser. Though he's had a massive 2014 and 2015, following the release of his sophomore album x, the "Photograph" singer has seemingly been everywhere but he's about to take a break. On Friday (Sept. 25), his new collaboration with Rudimental, "Lay It All On Me," will arrive, and after that he's done.READ MORE

Rudimental Share Powerful 'I Will For Love' Music Video

Rudimental are known for their electrifying live shows, the uptempo, soulful music and their powerful, moving music videos. Today, Sept. 11, the group has unveiled a brand new video for their recent We The Generation single "I Will For Love" featuring Will Heard, which takes on a very relevant topic worldwide - immigration.READ MORE 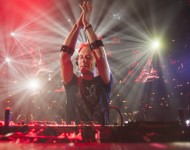 Half of UK Nightclubs Closed in Last Decade, According to New Report

Are you a citizen of the UK who enjoys going to nightclubs? Turns out you're part of a minority that continues to get smaller. According to a new study from the Association of Licensed Multiple Retailers, nearly half of venues qualifying as nightclubs in the UK have closed in the last decade. The numbers given by the BBC Newsbeat suggest that there were 3,144 such venues open for business during 2005, now down to 1,733 in 2015.READ MORE

Rudimental Shares 'I Will For Love' Featuring Will Heard, World Tour Dates

Rudimental has unveiled a new single from their upcoming album, 'We The Generation.' The new track, "I Will For Love," features the vocals of Major Toms signee, Will Heard, who is all over the album and is one of the singers who tours with the band on the road. In addition to unveiling the new track, Rudimental has announced a new batch of tour dates for an upcoming world tour.READ MORE 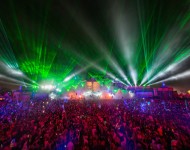 The summer festival is well under way with multiple events happening each weekend across the glove. However, many electronic music fans have already circled on their calendar the end of September as their big destination with the third running of ID&T's largest North American EDM music festival, TomorrowWorld. Last month, the three-day event announced the first wave of artists who will headline the festival and today they have unveiled the second batch of artists who will head go down to Georgia in September.READ MORE

UK electronic outfit Rudimental have been responsible for some of the most soulful dance tracks of the past few years. Music Times had a chance to catch up with the band a short while ago before a listening party and we chatted with Rudimental about the album, the challanges they faced making it, Major Toms and much more.READ MORE

Normally one looks towards the United States for some of the world's most soulful acts, but recently the music industry has turned its gaze across the pond towards the UK for some of the best new talented breed of acts combining soul with various elements of pop, house and hip-hop. One of those artists leading the way is UK electronic band Rudimental. We recently had the chance to catch up with the group for an interview to discuss their album and who they decided to collaborate with on the project.READ MORE