Kelly Osbourne has just given the world an update on his dad Ozzy Osbourne's health, amidst the coronavirus outbreak, in a statement last yesterday, March 27.READ MORE 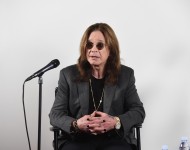 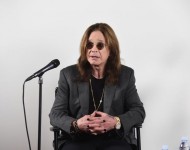 Ozzy Osbourne recently confirmed that he will no longer tour the world after No More Tours 2. However, the singer will continue to perform at his gigs, release a new album, and host the Ozzfest.READ MORE 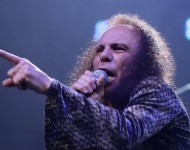 A hologram of the late Ronnie James Dio, who led the bands Black Sabbath, Elf, Rainbow, Heaven & Hell and Dio, made a surprise appearance in Germany last Saturday during the Wacken Open Air festival. The hologram, which performed with Dio's Disciples, served as the closing act of the night's event.READ MORE 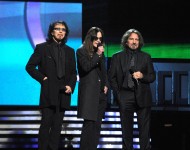 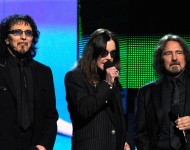 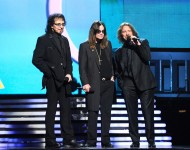 After teasing fans with the idea of an all new studio album to accompany their final tour, rock and roll giants Black Sabbath quickly scrapped the alleged 21st LP and decided to place all their focus on an unforgettable The End tour. Wednesday, January 20 brought the launch of the farewell gigs in Omaha, Nebraska where the iconic musicians delivered a 14-song setlist made up of popular Sabbath staples.READ MORE 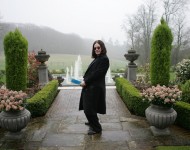 Black Sabbath fans have had quite a confusing 2015. After spending a year of looking forward to a final Sabbath album, October brought the news that the plan had been scrapped. The metal greats decided to place all focus on their farewell 'The End' tour, and quite frankly, Ozzy Osbourne himself doesn't think fans would be interested in a new Black Sabbath album.READ MORE 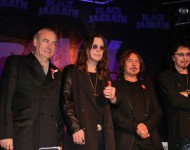 With the excitement around Black Sabbath's final The End tour, the classic metal group has every intention of releasing one last studio album, '13,' before it was eventually scrapped. Sabbath guitarist Tommy Iommi recently divulged that the band had a prosperous writing session for the album, where they "wrote a whole load" of riffs.READ MORE 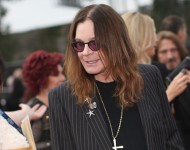 Black Sabbath front man Ozzy Osbourne recently returned to the scene of one of his many misdemeanors, the Alamo, where he was once charged with public urination and intoxication 33 years ago. The Prince of Darkness decided to visit San Antonio once more with his son, Jack Osbourne, to film a segment of their latest, father-son History Channel television show endeavor.READ MORE 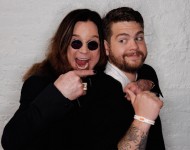 Ozzy Osbourne has made it clear that Black Sabbath decided against and may be "too old" to follow-up their most recent studio album, '13', but that doesn't mean other projects are out of the question for the prince of darkness. He and his son, Jack Osbourne, will have a second go-around on television circuit with their upcoming father and son spoof show on the History Channel.READ MORE

Ever since Ozzy Osbourne had announced a final album, Black Sabbath fans were of course under the impression that the iconic rock trio would be releasing a second reunion album. Now, the band's frontman has confirmed that they will not be entering the studio again to record a follow-up to '13' for Universal, but will rather focus on their final 'The End' tour. Apparently, this is the end of the final album idea.READ MORE 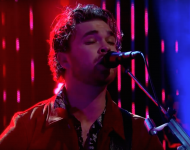