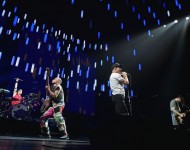 Red Hot Chili Peppers Reveals How John Frusciante's Return Affected Them, Is The Band Really Ready for a Comeback?

It is a joy for the fans as rock band Red Hot Chili Peppers announced they are "almost done" with their new album alongside John Frusciante's return.READ MORE 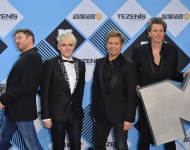 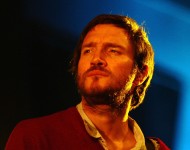 Ex Red Hot Chili Peppers member John Frusciante has said in the past that he no longer intends to release music for monetary gain, as well as claiming that "I have no audience." In a nod to these comments on his status as a musician, he has no released a bevy of free music onto his Soundcloud and Bandcamp pages all streaming and free of charge in a stand against commercializing music.READ MORE 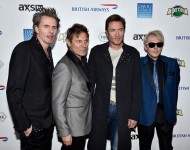 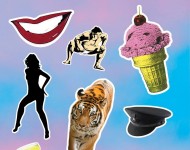 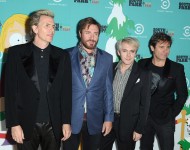 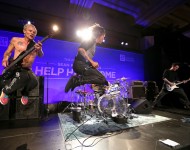 Amid all the Super Bowl chaos and Katy Perry praise, Flea posted a tweet over the weekend reportedly confirming Danger Mouse as the producer for the next Red Hot Chili Peppers album. The post has since been deleted, Alternative Nation pointed out, but perhaps that is just the bassist's way of creating some hype. Either way, DM might be what the group needs for their 11th studio album.READ MORE 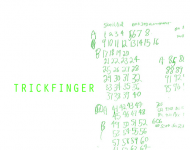 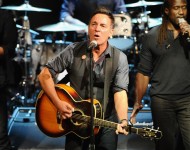 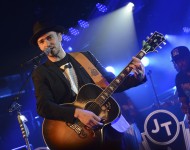 9 Solo Artists Who Are Better Than Their Bands: Michael Jackson, Justin Timberlake, And More

How many times have you been disappointed by a solo album from a member of one of your favorite bands? Sometimes they're outright bad, but even the good ones (Morrissey, Paul McCartney, etc.) simply can't compare to their old bands. However, these nine artists broke this trend, releasing solo albums that actually surpass the work of their old bands.READ MORE 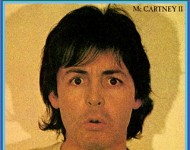 One of my favorite genres of music is lo-fi, or "low-fidelity," meaning artists who record their songs onto cheap equipment. Though most lo-fi artists are DIY musicians who work outside of the mainstream and use cheap equipment out of necessity, there are still some highly successful rock stars that have chosen to go lo-fi for aesthetic reasons, or simply out of convenience. Here are six lo-fi albums that were recorded by big rock stars.READ MORE 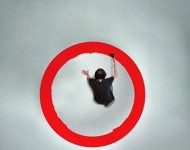 Music Times writers share an office area of roughly 45 sq. ft, which makes having face-to-face conversations totally impossible. Junk Mail is these millenials attempt to discuss and review the week's hottest album releases... without needing to look at each other. This week: Ryan Book, Caitlin Carter and Carolyn Menyes email back and forth about John Frusciante's Enclosure.READ MORE 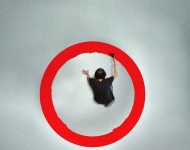 Nowadays, artists seem to be competing for the most creative album release, but it looks like John Frusciante has won this game. The former Red Hot Chili Peppers guitarist is streaming his 11th album, ENCLOSURE, early...from space.READ MORE