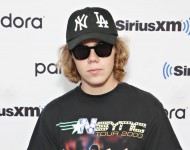 Kid Laroi's reason for parting way with Scooter Braun was because of an allegedly unmet promise regarding his participation in the singer's life.READ MORE 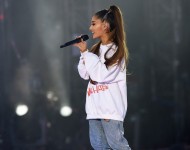 Ariana Grande's fans recently expressed their worry over the singer's Instagram break. The 'One Last Time' singer last shared what looked like a lyric sheet on the social media platform.READ MORE 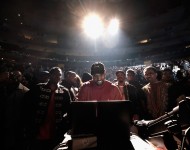 Nothing deal has been signed yet, but Yeezy would join the likes of Justin Bieber and Ariana Grande under Braun.READ MORE 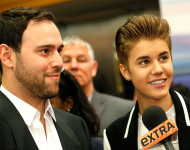 Most people know the name Scooter Braun as the man who discovered the 12-year old, YouTube sensation and turned him into one of the biggest musicians on the planet today. Although a riveting success story, there were some scary moments along the way to Bieber's stardom, and Braun revealed them in a recent interview with the New York Times.READ MORE

Music Times has written several articles over the past months regarding Scooter Braun and Jon Chu's film adaptation of classic '80s cartoon Jem (also known as Jem and The Holograms). Now a trailer has finally hit the web and fans are disappointed to say the least.READ MORE 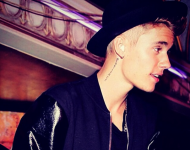 When caught up in his seemingly endless supply of scandals and lawsuits, it's easy to forget that Justin Bieber is, first and foremost, a musician, and over the last few days, the 20-year-old singer has dropped some hints that new music will soon be on the way. On his Twitter account yesterday (Dec. 29), Bieber responded to MTV's pleas for a new album in 2015 with a simple "no problem."READ MORE 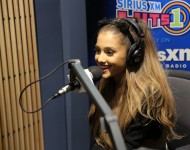 Ariana Grande and her manager Scooter Braun do not want you to think that she's a diva. After media reports surfaced yesterday (Sept. 8) that the "Break Free" singer issued lengthy demands for an Australian photo shoot and then walked out, she and her manager are firing back against the rumors.READ MORE

Lil Wayne Ends Beef With Scooter Braun, Misunderstanding The Root Of It All 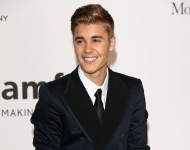 Justin Bieber Apologizes for Second Racist Video: 'I Just Need to Step Up and Own What I Did'

For the second time this week, Justin Bieber has issued an apology for some of his past racist behavior. After video leaked yesterday (June 4) of a 14-year-old Bieber singing the n-word repeatedly all with a giant grin on his face, the "Confident" singer has expressed his regrets.READ MORE

Chris Brown's return to jail after misbehaving in rehab has an impact beyond just his own life and music (of course). His highly anticipated duet with Yours Truly songstress Ariana Grande has officially been pushed back.READ MORE

Justin Bieber's manager Scooter Braun has finally spoken out to his troubled pop star on Twitter. After a catastrophic day yesterday (Jan. 23), wherein the "All That Matters" singer was arrested for a DUI, resisting arrest and driving with an expired license in Miami Beach.READ MORE

So, as it turns out, Justin Bieber will be here forever. After the "All That Matters" singer claimed he was retiring on Twitter on Christmas Eve (Dec. 24), his management team has now come out saying his series of tweets and radio interview were a joke, and that his real Belieber fans have known that all the time.READ MORE 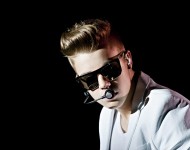 Justin Bieber's Music Mondays singles project is coming near an end; seven of the 10 tracks have been released thus far. But worry not, Beliebers! Three new songs are still coming, and Bieber has announced the title for the eighth track: "Rollercoaster."READ MORE

The holiday season is about to get just a little bit brighter. "Right There" singer Ariana Grande has finally confirmed that she will be releasing a series of Christmas songs this November and December.READ MORE