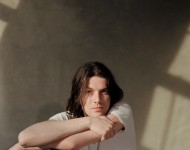 James Bay appears on The Today Show, and debuts "Chew On My Heart." Watch the interview here.READ MORE 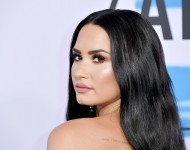 In an interview with Bustle, Lovato told her story and experience about maintaining body image.READ MORE 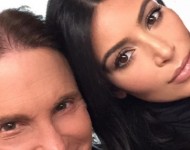 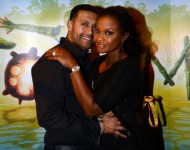 Phaedra Parks's divorce from Apollo Nida has been a major storyline on the currently airing season of 'RHOA,' with fans being able to see firsthand just how scary his behavior was before reporting to jail last fall. All the while, 'The Real Housewives of Atlanta's' Parks has really remained a class act in how she has handled things. She has discussed how the end of her marriage has felt like the "death of a dream" and how she ultimately believes that Nida conned her for years. After so many truly upsetting developments, you would think Parks would be racing to finalize her divorce, but just the opposite seems to be true.READ MORE 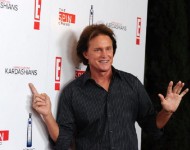 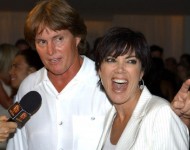 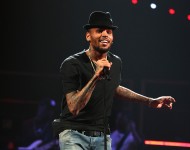 Now that Chris Brown and Karrueche Tran are no longer an item, Breezy is speaking his piece on a remix to Beyonce's "Jealous." Brown's ex-girlfriend recently opened up about their relationship during an interview with Iyanla Vanzant.READ MORE 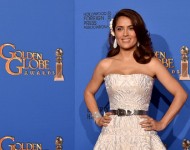 Salma Hayek Now Defines Herself as a Feminist

Salma Hayek raised eyebrows last fall when, while being honored as a women's rights advocate, she told a reporter that she was not a feminist. Her platform back then seemed to be a little twisted by the press because what she meant was that she was for equality and would support men's rights just as strongly as she does women's rights. Hayek recently sat for a brand new interview and in it, she reconsidered what feminism actually means to her.READ MORE 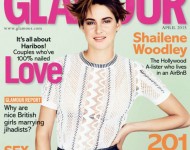 A few years ago Shailene Woodley's name was one of the many being mentioned as a possible candidate to play Anastasia Steele in Fifty Shades of Grey. She quickly shot down the idea, not because she has an issue with nudity, but because she had just landed the Divergent series and the schedules would have collided. Woodley is now covering the April 2015 issue of Glamour UK and had no problem posing topless for a photo that accompanies her interview.READ MORE 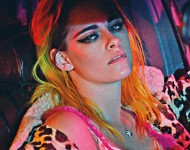 Kristen Stewart May Seem Miserable, But She's 'Endlessly Proud' of Her 'Twilight' Success

For the most part, Kristen Stewart really seems to fly below the radar. After her high-profile romance with Robert Pattinson crashed and burned a few years ago, Stewart opted to try and live a more private life. Her interviews often seem to indicate that she is conflicted about the fame in connection with the 'Twilight' franchise, which has carved out a her cushy lifestyle. At times Stewart has even appeared miserable and to be pretty ungrateful for the fans who have launched her career. In a new interview, the starlet seems a bit more gracious but typically uncomfortable, saying she is "endlessly proud" of her 'Twilight' success.READ MORE 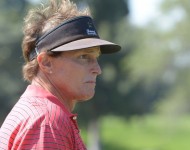 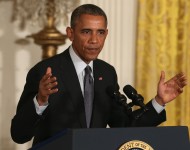 There are currently 100 cases of measles in the United States, and there is growing concern that this number could rise significantly. Some parents believe childhood vaccines are closely linked to autism and other conditions, so they have opted against immunizing their children, but the reality is that these kids then run the risk of spreading measles to infants who are too young to be immunized. When President Barack Obama sat down for his pre-Super Bowl chat with "Today" co-host Savannah Guthrie, immunizations was a topic he was eager to address.READ MORE 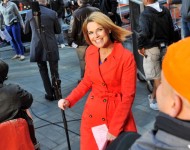 Life is pretty good for "Today's" Savannah Guthrie right now. Her first wedding anniversary is right around the corner, she has a 5-month-old daughter at home to keep her on her toes and then there is that morning show gig. Guthrie returned to her co-anchor seat last November and NBC's powers-that-be think she is doing a great job because not only has she inked a new, three-year contract, but they have assigned her to interview President Obama during the Super Bowl pre-game show.READ MORE 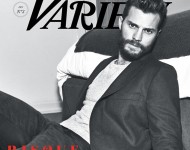 Jamie Dornan might be on the verge of something really huge, and he is the first to admit that even he does not know what to expect once "Fifty Shades of Grey" finally premieres in theaters. The actor is covering the latest issue of "Variety" and discloses a bunch of interesting little nuggets for fans. Like the fact that he actually met with Robert Pattinson to discuss what it is like to star in what could become a huge franchise. Dornan said the two ended up getting drunk together and bonded that way.READ MORE