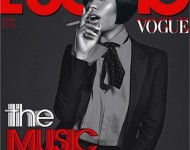 This past year has clearly been a time of transformation for Nicki Minaj. Sure she still likes to throw shade and she is also undoubtedly one of the hardest working women in the rap game, but she has also calmed down just a bit. Gone are the crazy costumes and day-glo wigs. More often than not when Minaj shows up, she looks pretty normal while still being a woman with a clear-cut mission. She has run her own business affairs from day one and now admits that there are other goals besides work on the horizon.READ MORE 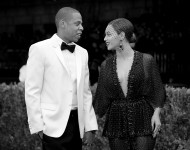 Perhaps all of those divorce rumors were meant to divert attention from what Beyoncé and Jay Z really had up their sleeves. A few weeks after winding down their On The Run tour the couple appears to be on very solid footing. They have been spotted shopping for real estate in both L.A. And Paris, something that divorcing couples simply never do. Sources are also claiming that Beyoncé and Jay Z are actually sneaking into the studio to record, together.READ MORE 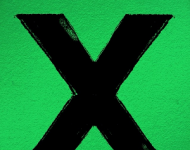 Criticism over streaming music services like Spotify is really nothing new. A multitude of artists have come forward to complain about the royalties that are paid out for services such as these. There has been a lot of back and forth dialog over whether or not digital sales have actually cost artists cold, hard cash that used to come from fans buying good old CD's. Ed Sheeran is one artist that believes streaming services ultimately have helped him to do that thing that he loves most- play live.READ MORE 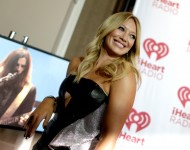 If you grew up in the 90's then you probably are really familiar with Hilary Duff's first real gig on Lizzie McGuire. She was kind of like the Punky Brewster for a new generation and fans have followed Hilary's career ever since the Disney show wrapped production over a decade ago. Hilary is actually one of the few stars coming from the house of mouse that has remained scandal-free. She's kind-of-sort-of married to Mike Comrie and most definitely mom to an adorable little boy. While Hilary has been focusing on releasing new music lately she also is open to a Lizzie McGuire reunion.READ MORE 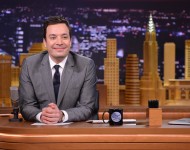 The Tonight Show has really morphed into late night 'must see' television under the guidance of Jimmy Fallon, hasn't it? Chances are that if you aren't tuning in each night then you either DVR the episode or catch the viral YouTube clips the next day. Any way that you slice it, Fallon usually offers up something worth revisiting and Tuesday night's episode did just that thanks to a skit with guest Julianna Margulies.READ MORE 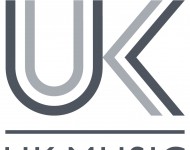 Gene Simmons may be claiming that ‘rock is dead,’ but the music industry is continuing to prove its immense pull. The Hollywood Reporter notes that the business contributes $6.2 billion to the United Kingdom’s economy.READ MORE

Did you get enough of FOX's favorite family- The Simpsons during their 12 day marathon on FXX? Well for those of you that just answered no, then you'll be thrilled to know that another marathon is coming to FXX. In honor of the three-night Simpsons show planned at The Hollywood Bowl the network is going to host a mini-marathon featuring four hours of musical episodes.READ MORE 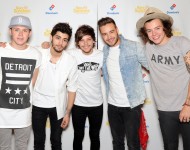 This is probably one of the best days of the entire year for One Direction fans. Why you ask? Because the guys just announced that their fourth album, which is ironically title Four, will be available on November 17, according to Radio.com. Also, as a huge thank you to their adoring fans, One Direction will be giving away their new single Fireproof – but only for the next 24 hours on their official site. Once there you can also per-order a copy of the new album if you so desire.READ MORE

A Question for Sports Fanatics: What If Music Was Our National Pastime?

If sports didn't exist, we would have to find some other activity to focus our energies on as a community. It seems to be a deep-seated need in the human psyche to engage in one meaningful, shared activity. And I'm wondering if there was a time when music could have been... READ MORE